I was in the market for another radio for my mobile APRS operations. After reading various articles (here and here) about the ability to add a D-SUB9 connector with all relevant signals for that matter. I ordered one, and it was there a few days later. Before modding the radio I wanted to program the relevant memory channels and test run  it and there came the disappointment.

I use a Tinytrak 4 for APRS. The Tinytrak 4 sports a digital carrier detect (abbreviated DCD) allowing to run the radio with squelch fully opened letting the Tynitrak 4 decide if the signal is a valid packet signal or not. DCD is very effective and helps drastically reduce collisions on the air.

As a matter of fact I wanted to run the TYT TH-9000D with squelch fully open but it seeems that the engineers at TYT have a strange conception of what fully opened squelch means. The radio produces loud clicks every time a signal ends. Those loud clicks are actually just the symptom of a, IMHO, more serious design flaw : setting the squelch to 0 does not actually open it. The clicks are then generated every time the CPU thinks it is ok to close the squelch. I do not care about the click actually, I just want to have a fully open squelch when setting it to zero !

Here a video to illustrate this :

I Googled for a schematic and found one for the 220MHz version. I had no other choice to assume that the squelch circuitry is the same between both version. To add insult to injury, my radios board is a newer revision than the one in the schematics.

Next step was to understand how the squelch actually works. Using my oscilloscope and the datasheets of the various ICs I found out the following :

So far so good, we know how the squelch works. One of the options would be to change the values of the resistors around U9 hence changing its gain. U9 is on the opposite side of the main board. I am lazy and the idea of removing the main board did not look that pleasant. According to schematic the squelch signal goes to the CPU via the ZIF connector pin 22. Lucky me, it is accessible. 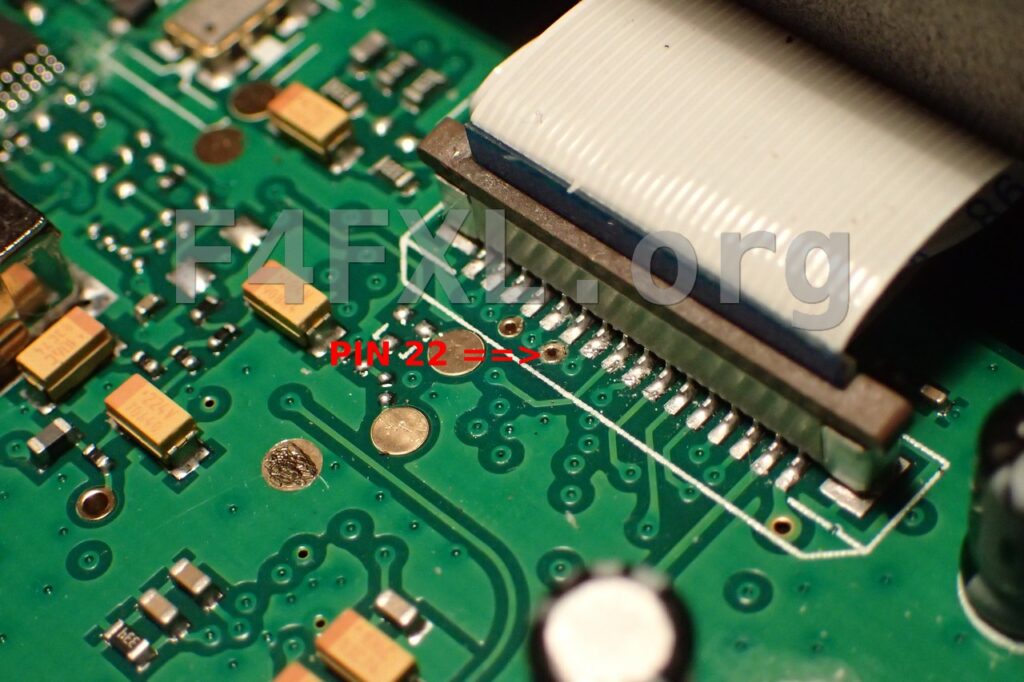 To lower the voltage the easiest way was to put a resistor from PIN 22 to ground. Since I was unsure what value to use I first started with parts I had in my scavenged parts box : a 100 Ohm trimmer. A few minutes later, the trimmer was in place and boom it works ! Now the squelch closes at approx a setting of 6, which is good for me as the radio will 90% of the time be used for APRS. 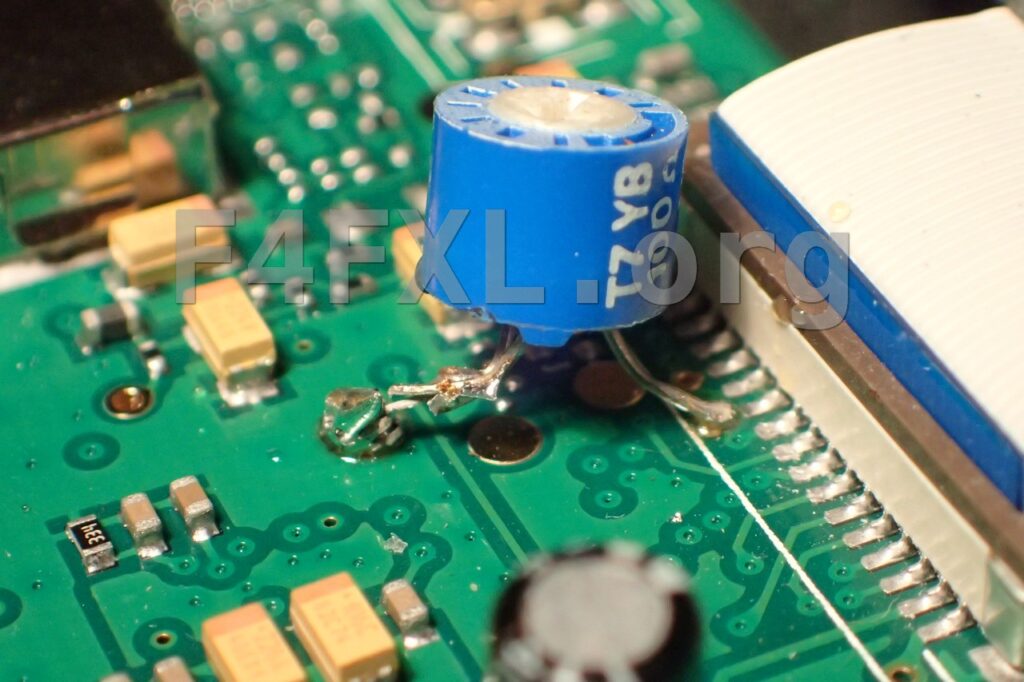 Next step, interface with the Tinytrak 4 !