The DCS reflectors arrived later and originated in Germany. It is/was a centralized system ran by German hams. If you wanted to run a reflector you had to give admin rights to some german OMs who will installe the software for you on your server. Quite awkward. Ok focus back. The DCS reflectors also come with their own network protocol. The protocol here is simply called DCS. Recently the OMs in charge of the DCS decided to drop the system, but some fellow hams decided to take it over. To connect your repeater to a DCS reflector you’ll issue a command DCSxxxaL on your radio, replacing xxx with the wanted number and a with the wanted module.

It’s worth mentioning all those different protocols are network protocols, once the transmission reaches the radio side it is just sent out as plain DStar. 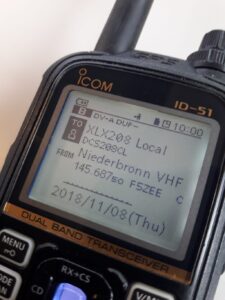